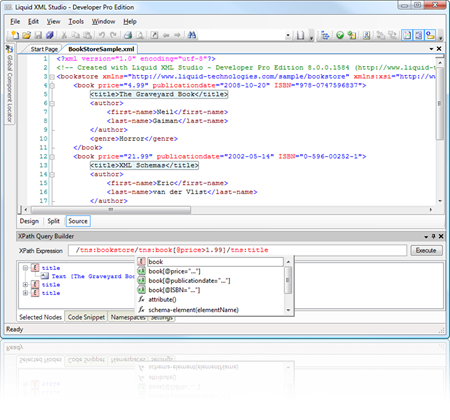 XPath (XML Path Language) is a language for selecting nodes from within an XML document.

Version 1.0 of the XPath standard was released in 1999, and is now supported in most languages and platforms.

Version 2.0 of the standard was released in 2007 in an effort to share more functionality between the XSLT and XQuery standards. Version 2.0 is backwardly compatible with 1.0 and adds a number new operators includingÂ looping, set manipulation, conditional expression, and aggregate functions.